Or watch our ‘Magic to Mozambique – Aftermovie’ on Google Drive

TLDR; To provide help after the taifun Dineo in Mozambique, we, with support of our donors as well as Magda and Hein from Bushpub and local support, provided roofs and materials for schools and families in Babalaza and Murrumbene, supported a soup kitchen and provided food and school supplies for families.

Students waiting to get lunch at the soup kitchen “Bush pub”

The Taifun Dineo devastated wide areas of the Mozambique sealine. We were able to help a small village close to the city Inhambane called Babalaza and an even smaller settlement named Murrambene with our project “Magic to Mozambique”. The South Africans Magda and Hein, who own the small lodge “Bushpub”, started helping their community by closing their lodge for tourism and using their kitchen to provide lunch for over 800 kids from the neighbourhood school. We supported the soup kitchen with ingredients, material and manpower.

This school in the direct neighbourhood was central point of our helping efforts. The taifun destroyed the roof of one big school building, containing two classrooms, and the roof of the toilet building. The students had to sit outside under trees for their classes, to not be exposed to the direct, hot sun in the roofless building. With support from local workers we were able to build a new roof on the existing building to

bring it back to working-state. The toilet rooms also got a new roof and we went on laying out a school garden, with zealous support of the kids. 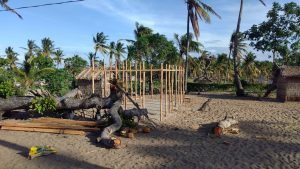 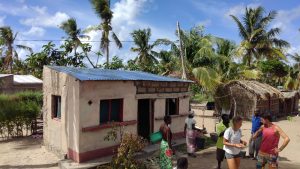 Shade nets provide shadow and the school gardener for the fitting upkeep of the provided seeds. In the village Babalaza was help needed too, an old couple lived with friends cause their own roof was destroyed by the taifun and they couldn’t afford the repairs. We built a new roof for their home and used the rest of the material we got to build the structure of another hood. This one got completely destroyed by a falling tree and just the fundament was still there.

Last action was a journey to Murrambene, a small settlement far away from the main trafficnet and no tourism. We provided material and transport for another roofless community school and built mobile blackboards and two football goals. In addition we were able to provide school material and food packages for the community.

Thanks to the support of our donors, Magda and Hein from “Bushpub” and the local supporters the project was a success! 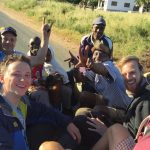 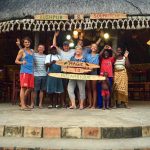 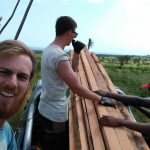 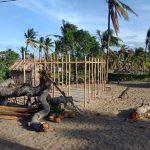 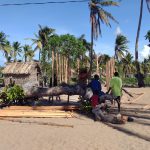 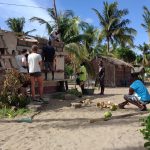 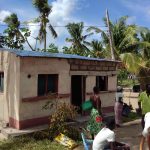 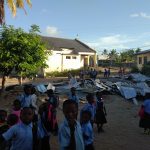 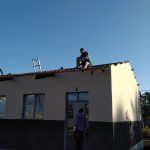 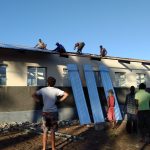 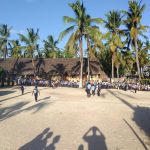 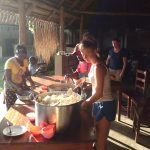 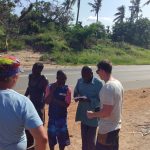 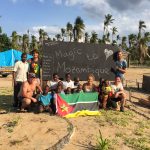