Or Watch our ‘Magic to Senegal – Aftermovie’ on Google Drive

TLDR; With support from the small private organisation BEA, and our donors, we were able to improve the situation of the poor kids in the daraas in St. Louis. We provided medical aid and material, mosquito nets, mats, tubs and baskets for the koran schools and built a community center, which is still in use by BEA to teach the kids with support of travellers.

When we arrived in St. Louis to stay with the couchsurfers Ahmed and Vito, they brought us with them on their tour to the diffrent so called “daraas”. These schools are home to up to 50 boys, in the range of 4 to 16 years old, in tight space.

The boys leave their families, which are living in the rural and poor areas of Senegal, really early. Getting send out to the big cities, mainly Dakar and St. Louis, they have to use their time off begging for food and money to pay their marabu, who himself has to feed a family.

The small senegalese charity organisation “Assoziation Bonheur d’Enfants d’Afrique (Luck of the Children Africas), which Ahmed and Vito are members of and doing voluntary work for, is working daily to improve the conditions and perspectives of the children. Nearly every day the guys, with help of local volunteers, visit the daraas and provide medical aid.

After a short introduction we treated kids with cuts and infected or dirty wounds. Even scarbies, a highly infective parasite which isn’t a problem in the west since a long time, was a challenge.

That was the final spark for us to start our project “Magic to Senegal”.

Our first acquisitions were bandages, band-aids and medicine to supply for primary health-care in the next weeks.

The amount of kids on tight space aren’t the only reason the conditions in the daraas are dramatic, most of the schools are next to illegal trash dumps or on unused sites next to busy streets.

To improve the living conditions of the children we invested in a toilet and shower building for one of the daraas, also we provided straw fences to bring some privatsphere for the kids, away from cars and people passing.

Additionally we brought to eight daraas tubs and buckets for personal hygiene or washing clothes. Mats to sleep on and mosquito nets for the rainy season were provided too.

Biggest joy were the footballs for each daraa.

Next part of our project was to build a community center on a site provided to us. After tidying up the site from roots, trash and stones we were able to carpent, with the support of the BEA-guys a big room out of straw and wood. Inside was a blackboard put on the wall, and we built and colored some school benches for the students. 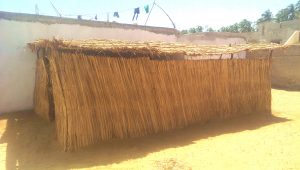 We layed out a garden where the kids could learn how to plant and foster fruits and vegetables, not only to supply themselves but also to trade them in for money. A well for fresh water was dug as well.

The entrance of the center got a new painting with the BEA-logo big on top.

Big shoutout and thanks to the members of BEA. If you’re intrested in their progressing you can check out their facebook site: Bonheur d’Enfants d’Afrique 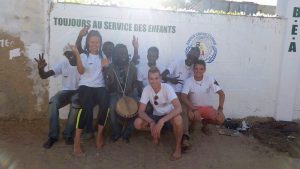 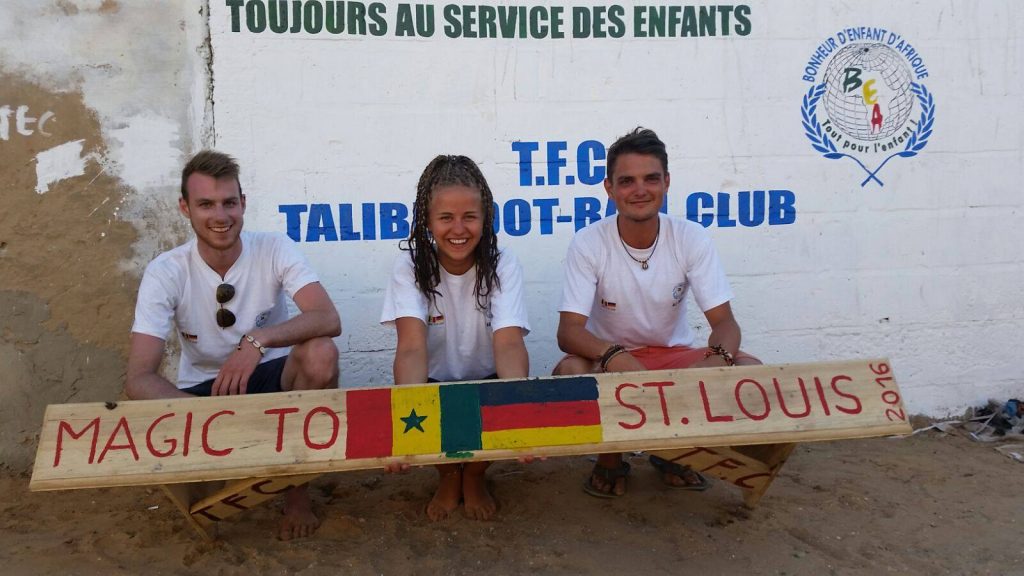